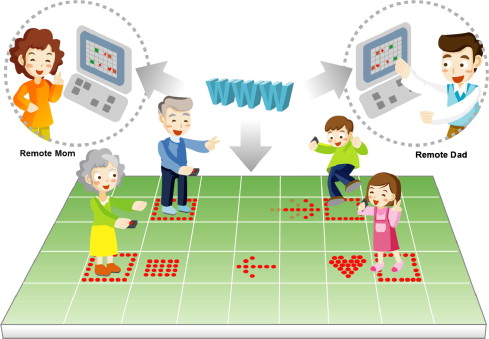 The main design goals include: facilitating interactions between users with varied levels of skill in utilizing technology, utilizing the familiar physical motions from other activities to make an intuitive physical interface, and encouraging social interactions among families and friends.

Detailed implementation of the design process of our intergenerational entertainment system, Age Invaders, is covered in the article: 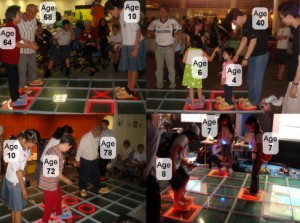 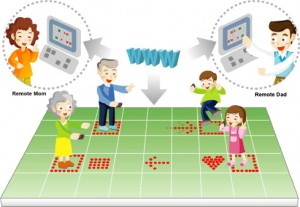 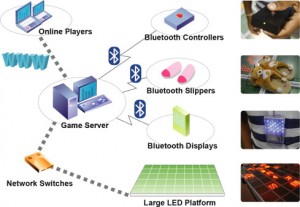 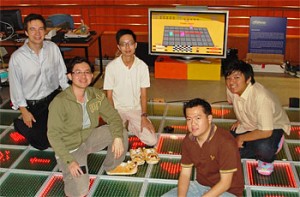 Age Invaders is a social physical game which allows grandparents to play harmoniously together with children in physical space, while parents can join in the game remotely through the internet.  The parents can adjust the challenge for the older and younger players to balance the play.  Joining from the virtual world, the parents can also introduce rewards/ power-ups and challenges.

This work was developed as part of the PhD thesis work of Eng Tat Khoo and members of the Mixed Reality Lab, Singapore.  Tim Merritt joined the team in 2007 and conducted user research of players engaged in the game and articulation of the design process.

Age Invaders has been demonstrated at venues internationally in North America, Asia, and various academic journals including Interacting with Computers (IwC)